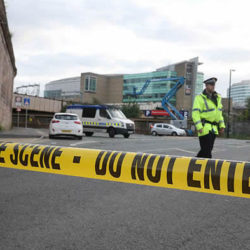 Manchester Bombing Attack Twenty two people have been reported dead and 59 others injured in the Manchester Arena explosion, which happened on the night of 22nd May 2017. The youngsters had attended the Ariana Grande’s gig and according to the BBC News report, the moment of blast was captured on a mobile footage. Elle Cheetha, Read more about Manchester Bombing Attack[…]